Test data generation is the process of creating new data that replicates an original dataset. Here’s how developers and data engineers use it.

If you're a developer, data scientist, or machine learning engineer, you know that accurate and timely test data is essential to the success of your projects. But what are the best ways to generate test data? And what are the benefits of using test data generation tools?

In this post, we'll explore those questions and give you some tips on how to get started with test data generation. We’ll also discuss why technical teams are synthesizing test data to meet the ever-growing data demand for training state-of-the-art AI models and evaluating software applications.

What is Test Data Generation?

Test data generation is the process of creating new data that mimics aspects of an original real-world dataset, to test applications, develop features, and even train ML/AI models. This fictional data can run the gamut from completely random to being almost statistically identical to the dataset it’s based upon. The data you create depends on your use case, and privacy and security risks, among other factors.

There are almost as many techniques and tools for making test data as there are use cases for it. Before we discuss those, let’s look at why we need to create artificial data at all.

Why is Test Data Important?

The definition of ‘test data’ varies across teams in an organization. However, it’s used for two main purposes: evaluating software applications, and improving ML/AI algorithms. Test data generation techniques have changed over the years to keep up with the ever-evolving software development process. For ML/AI engineers though, it has only recently emerged as a powerful tool for unlocking better predictions, capabilities, and model performance.

For software applications and services, test data is most often used in pre-production environments. Quality assurance managers usually take a snapshot of an entire dataset, manually anonymize it and create similar mock data for use as ‘staging’ test data. This process enables the creation of effective and reliable testing environments for developers and software engineers who are working on projects related to the business's products or services. It also enables the evaluation of expected customer experiences before releasing anything publicly.

But managing this process is a hard, slow, time-consuming, and error-prone grind, and even when successfully implemented the data used becomes outdated fast.

Until recently, it was common to use raw production data that isn’t properly obfuscated or masked in these testing environments. However, modern privacy laws and standards like the GDPR, CCPA, and SOC2 have specific language prohibiting these uses and require the data to be effectively anonymized first. If you don’t comply, you risk legal action and heavy fines. You also increase the risk of cyberattacks. Data breaches are a serious threat to customer privacy and when they do occur they can often lead to reputational damage, too.

As we’ll discuss later, test data can be fully synthetic, anonymized versions of real-world data that are used by engineers for development environments and new features. It can look just like your production environment without the privacy concerns of working with real customer data.

In contrast to software applications,  there is a different test data technique used by machine learning engineers and data scientists to train algorithms called cross-validation. They take the entire dataset and split it into three to train, validate, then test model performance. The percentages can vary, but the idea is that 80% of all data is used to train the algorithm (train data), and 10% is set aside to validate each iteration during training to make sure the model doesn’t overfit (test data), and the other 10% is used to measure the accuracy of the final model trained on the "training" data (validation data).

In addition to the common cross-validation procedures outlined above, machine learning engineers are increasingly using synthetic data to train their ML algorithms. This can be the same test data as software and QA engineers use - assuming the synthetic data is highly accurate and representative of real-world data.

Synthetic data can be less biased and less expensive to acquire than real-world data. For example, using a popular Heart Disease dataset that was skewed almost 2-to-1 towards male patients, we added synthetically generated patient records to a training set to boost female representation in the dataset.

The result: we increased accuracy in 5 out of 6 classification algorithms, achieving 96.7% overall accuracy for KNN (up from 88.5%), 93% for Random Forest, and a 13% gain for the Decision Tree classifier against the models trained on the non-synthetic dataset. For a tutorial on how you can do this yourself, watch our co-founder and CTO Alex Watson’s workshop at the 2022 NVIDIA GTC Spring conference.

We demonstrated similar performance improvements when testing Gretel Synthetics on popular Kaggle tabular sets as seen below, which you can read more about in this post.

Our results reflect findings in computer vision and speech-trained models, too, where extra data has been proven to improve performance:

For both software applications and AI models, the test data used must be accurate to be useful. Specifically, it should reflect real-world experiences, like how a customer might interact with your product or service under certain circumstances. Not only must you identify all of these likely customer events for testing, but also the unlikely ‘black swan’ events, too. These edge cases might not improve your software or model’s overall performance by much, but it’s crucial that you account for them, so you’re prepared if they do occur.

When implemented properly, test data can discover bugs in your systems that consumers would otherwise encounter. Here are two common examples of test data surfacing issues:

There are several high-profile examples of companies that didn’t test their models rigorously enough before putting them into production. For instance, Twitter had a tool that automatically cropped faces in photos people posted, but for some reason would ignore non-white faces. Similar forms of biases were discovered in Apple’s credit cards, where users would receive different credit limits, based on whether they were male or female.

Test data comes in all shapes and sizes. It all depends on the model or software you’re building. But on a basic level, test data could be charted along a number line, and range from normal to extreme and invalid. To illustrate, consider a range from 1 to 5:

You can also test a model or software on no data to see how it responds to null values, too. Each type of test data is useful as they all help define the contours and behaviors of the information system you’re designing.

So with that background aside, now all you have to do is make the data!

Technical teams have come a long way in terms of techniques used for generating test data. Below is a brief walkthrough of this evolution. From the old school “dummy” test data method to what is fast becoming the gold standard today: synthetic test data.

Putting Your Test Data to the Test

Below are several methods teams use when testing models and software. Each should be included as part of a comprehensive testing process:

There are also new technologies for testing the quality of the test data itself. For example, Gretel.ai offers a synthetic quality score (SQS) that provides metrics on the accuracy, utility, and levels of privacy inherent in the test data you are using.

In this post, we walked through the evolution of test data generation techniques, and why high-quality test data is critical to the development of modern software applications and ML/AI model training. Proper testing is often the only way to discover certain bugs, potential crashes, lag and latency issues, and other design problems that could negatively impact your business if released publicly.

While techniques like relying on a subset of your production data may cover the bare minimum privacy requirements under GDPR and other privacy laws, they are insufficient methods for building high-performance state-of-the-art AI/ML models. That requires anywhere from 2-4x the volume of your original production data, not a mere slice of it.

The best way then is to generate new data that captures the full gamut of instances you must test for. That’s why synthetics are becoming the new gold standard for testing. With synthetics, you can simply boost your original dataset and even seed new variations to cover rare events, too. This flexible approach is not only safer, faster, and more cost-effective, but it also opens the door to unlocking other innovations across organizations as well.

At Gretel, we want to ensure that everyone has easy access to safe, compliant, high-quality test data. Whether you’re building the next great software application in your basement or running an AI initiative at a Fortune 500 company, synthetic test data can help power your projects. Speaking of tests, you can give Gretel Synthetics a try for free today by signing up to our Developer tier – no coding required. Give our console a try, and we promise we can get you generating synthetic data in 60 seconds.

If you have any questions, join our Slack Community and share your thoughts there, or shoot us an email at hi@gretel.ai. We’d love to hear how your experience is using Gretel. Thanks!

Join our Slack community to connect with the Gretel team and engage with our community. 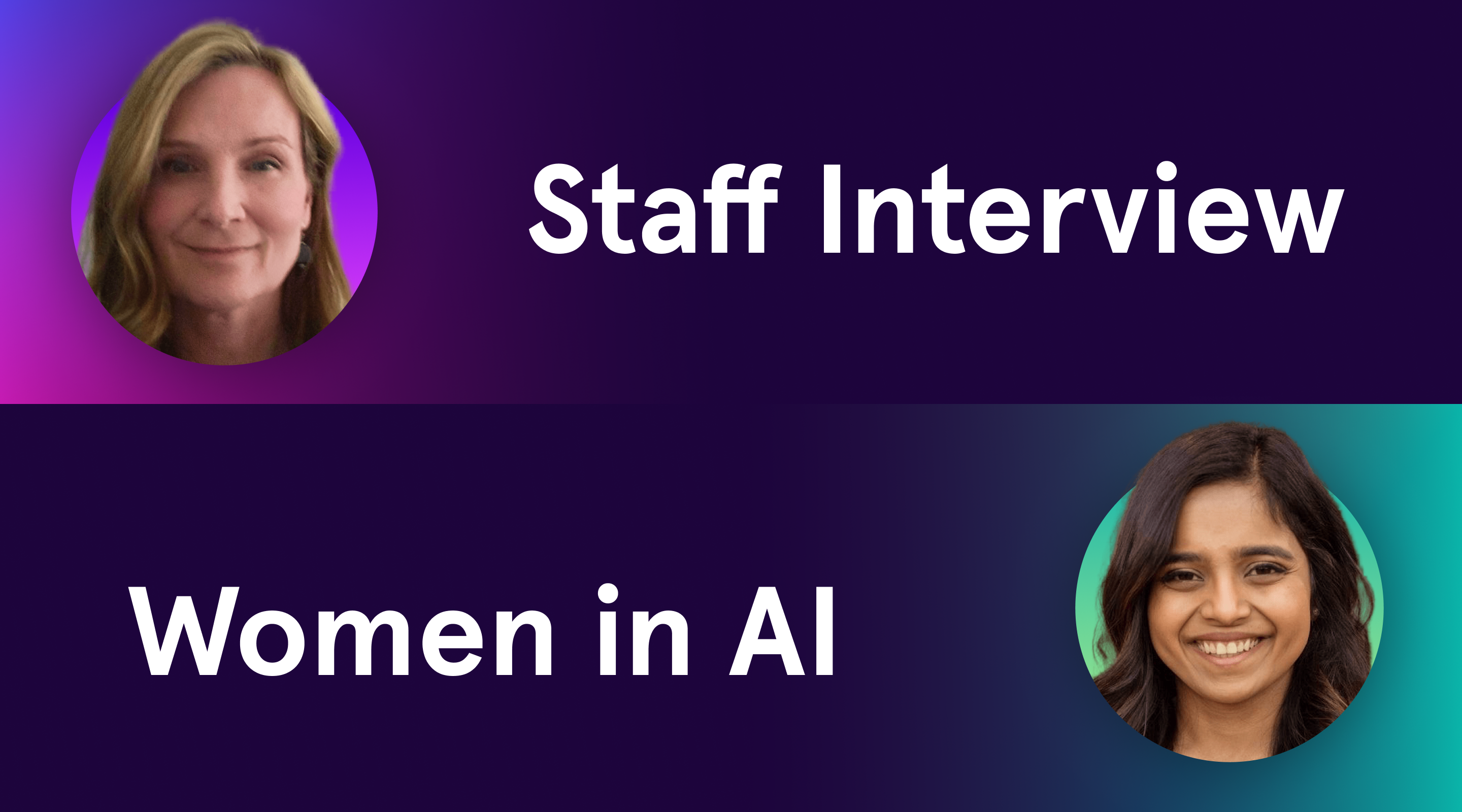 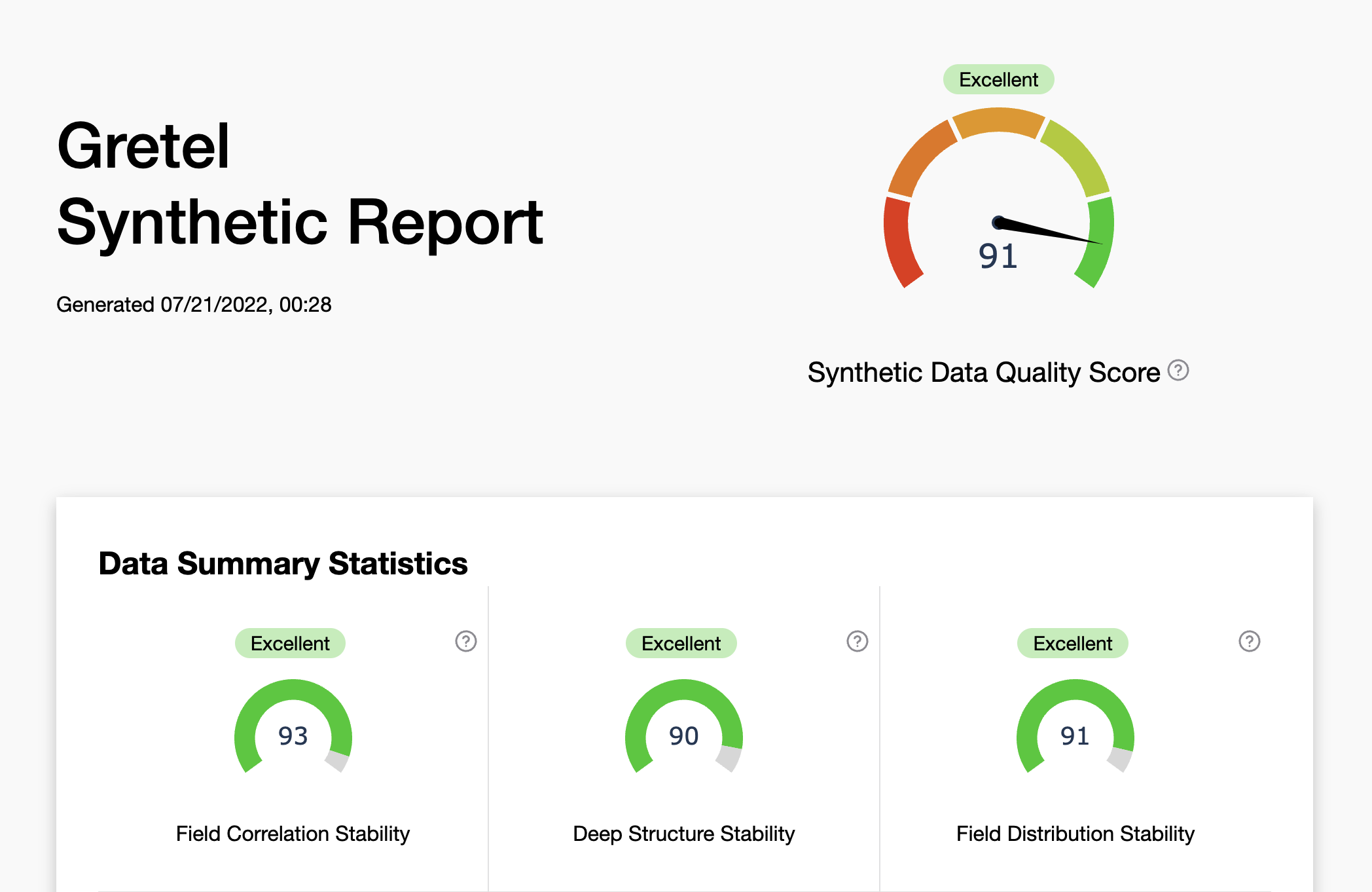 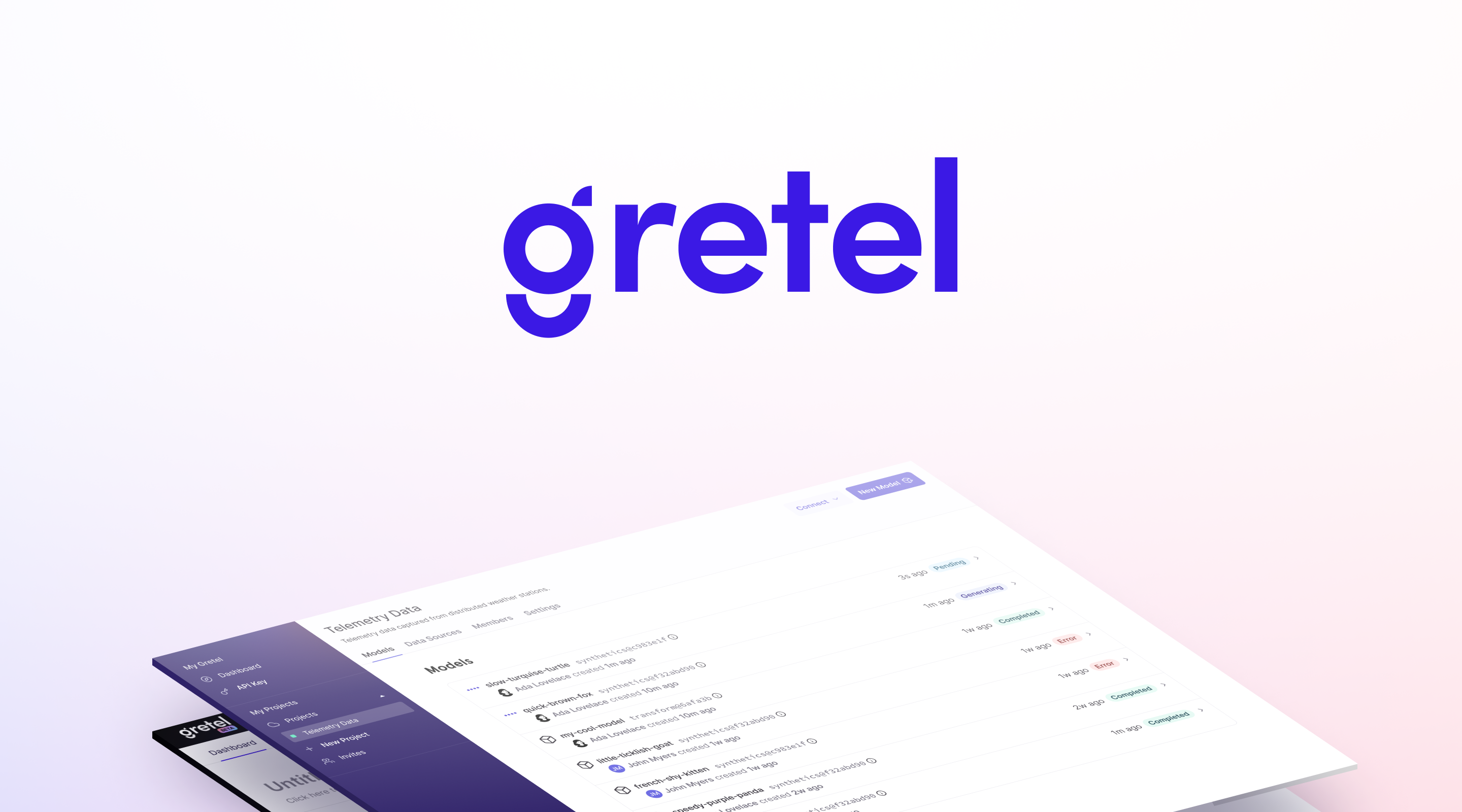